From Monday 11th to Thursday 14th July, 25 Y10s visited Berlin as part of a GCSE History Trip. The days were split into themes that are relevant to their GCSE course.

Day 1 we travelled to city and visited some of its imperial sights such as the Prussian War Memorial, the Reichstag and the Tiergarten. Day 2 was themed around the city’s involvement in the Cold War. Visits included Checkpoint Charlie, the TV Tower, Moscow Cafe, Karl Marx Avenue (formerly Stalin Avenue), the Soviet War Memorials, Tempelhoff Airport (used during the Berlin Airlift) and a full tour of a former West Berlin nuclear bunker. Day 3 was focussed on the Third Reich and began with a tour of what remains of Hitler’s capital. This included the former Reich Air Ministry, the site of the Fuhrerbunker, Speer’s East-West Axis Avenue and a full tour of the Olympic Stadium where the infamous Nazi Olympics were held in 1936. The last day was focussed on the Holocaust. Visits were made to Sachsenhausen Concentration Camp followed by the House of Wannse, where the Final Solution was formalised. The boys were excellent throughout and actively engaged. They were a credit to themselves, their parents and the school. It is hoped that the visits to such historically significant sights will enable them to lead the learning in Y11 for the ‘Development of a Dictatorship in Germany’ and ‘Superpower Relations’ units. 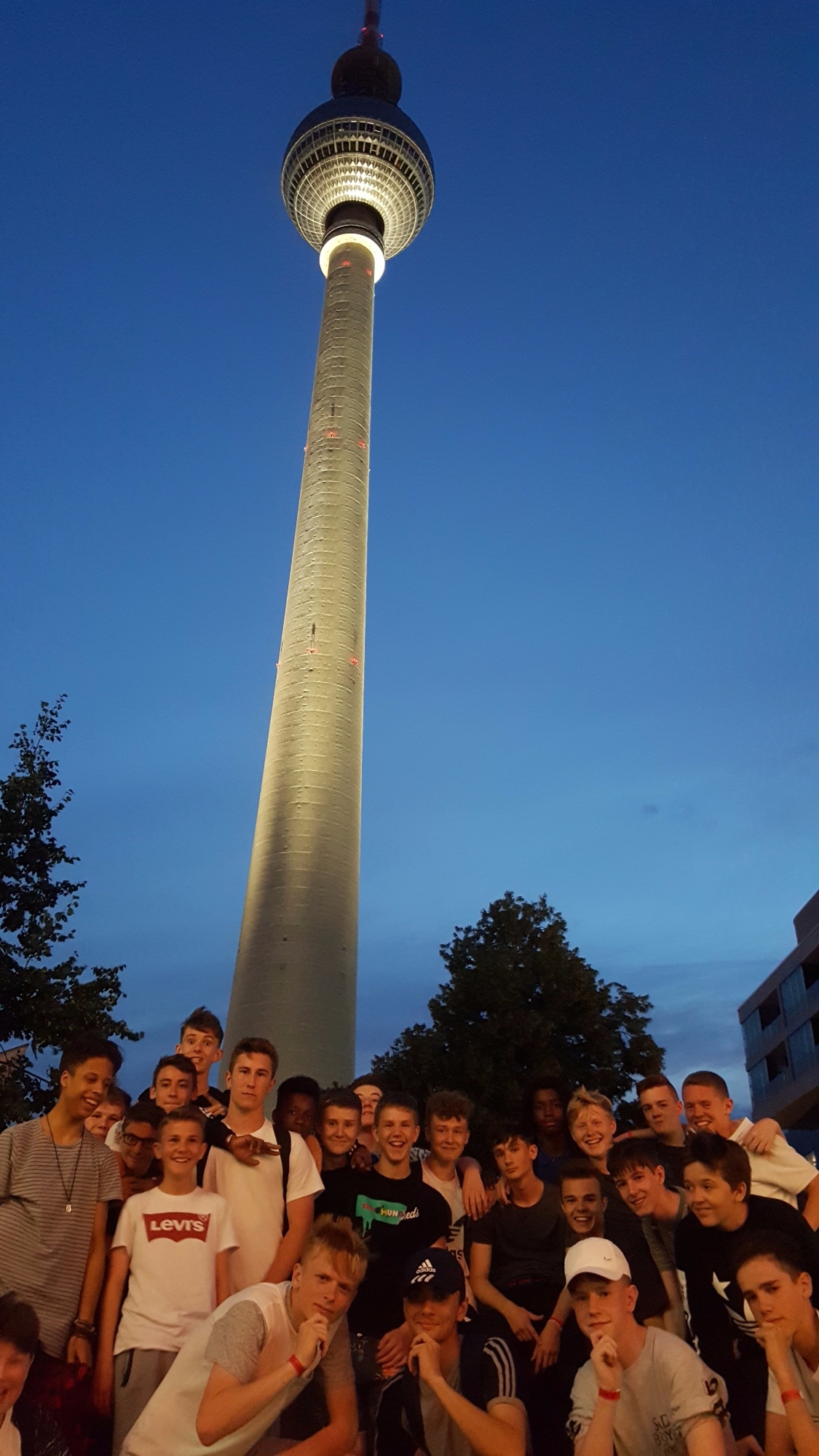